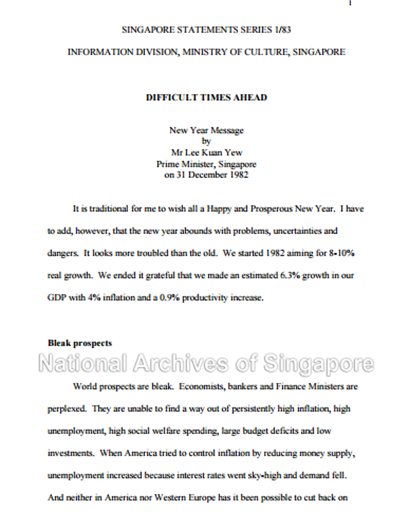 On the eve of New Year’s Day, 1982, Prime Minister Lee Kuan Yew gave this solemn speech to the nation. Singapore faced serious challenges arising from a turbulent global economy which was in a major recession. In this speech titled “Difficult Times Ahead” PM Lee minced no words despite the New Year festivities and sought to rally the nation in a joint effect to tackle the problems head on. Many of the challenges he cites echo with those emerging today.