Can you imagine what life was like for the people of Singapore during the Japanese Occupation (1942–45)? A lot of people had to endure many hardships and difficulties during those years.

This Children’s Season, we’ve organised a follow-up edition of online activities “at” the Former Ford Factory. Parents and children* will learn about life during the Japanese Occupation, and the hardships and resilience of our forefathers as well as listen to powerful survivor stories through our oral history interviews. Find out more about these activities and join us!

You can also look out for a variety of activities and educational programmes for children and families to enjoy at the Museum Roundtable museums and online. Themed “Fantastic Critters & Where To Find Them”, children can look forward to collecting uniquely-designed critter stickers at the 15 participating museums, and learn more about the artefacts and stories that inspire the critters. Parents can also refer to the consolidated list of programmes on the Children’s Season webpage, to plan for museum visits across the end-of-year school holidays. 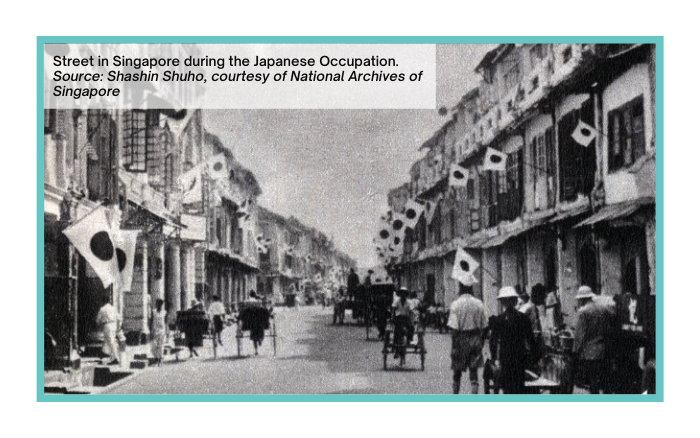 After the surrender of the British, Singapore was renamed Syonan-to, or “Light of the South”. Along with this name change came the Nipponisation of Singapore. Nipponisation, or Japanisation, was a process where the Japanese tried to make the people of Singapore act and think more like them and embody the Japanese spirit. Buildings and roads were given Japanese names and school teachers even had to learn Nippon-go so they could conduct their classes in Japanese! 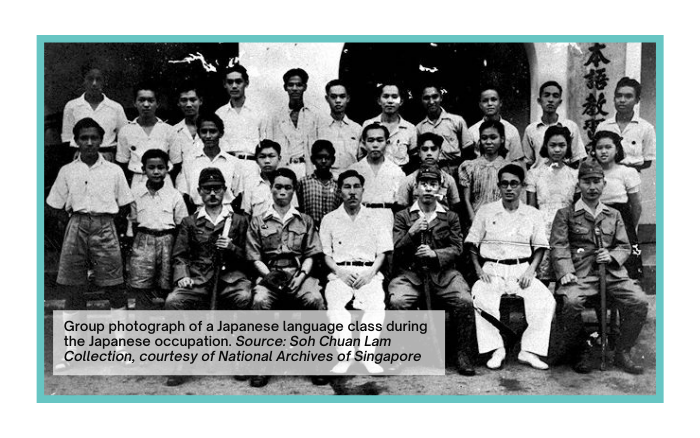 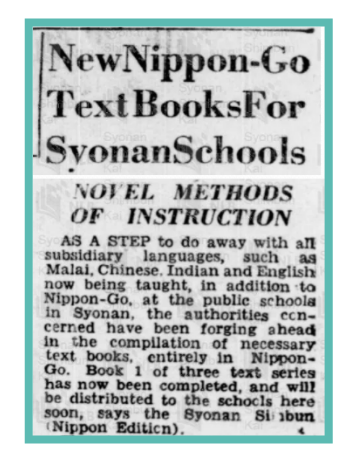 Books in other languages were replaced and all subjects were to be taught in Japanese. Syonan Shimbun, 21 September 1943, p.2. (From NewspaperSG) 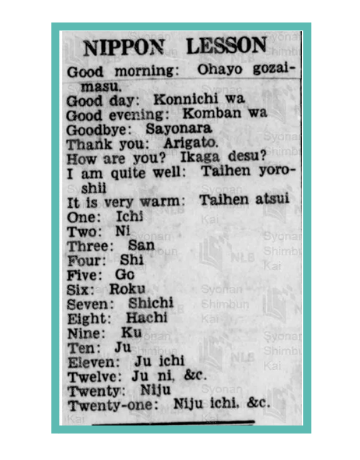 In addition to making people learn Nippon-go, the Japanese military wanted people to adopt other aspects of Japanese culture, such as bowing and wearing the kimono. 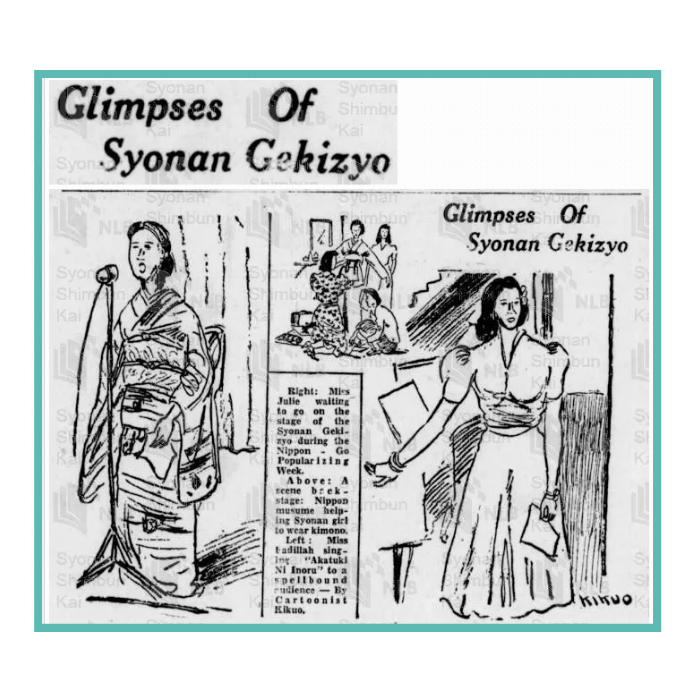 Read the following excerpt from an oral history interview with Lim Choo Sye, who lived through and survived the Japanese Occupation. 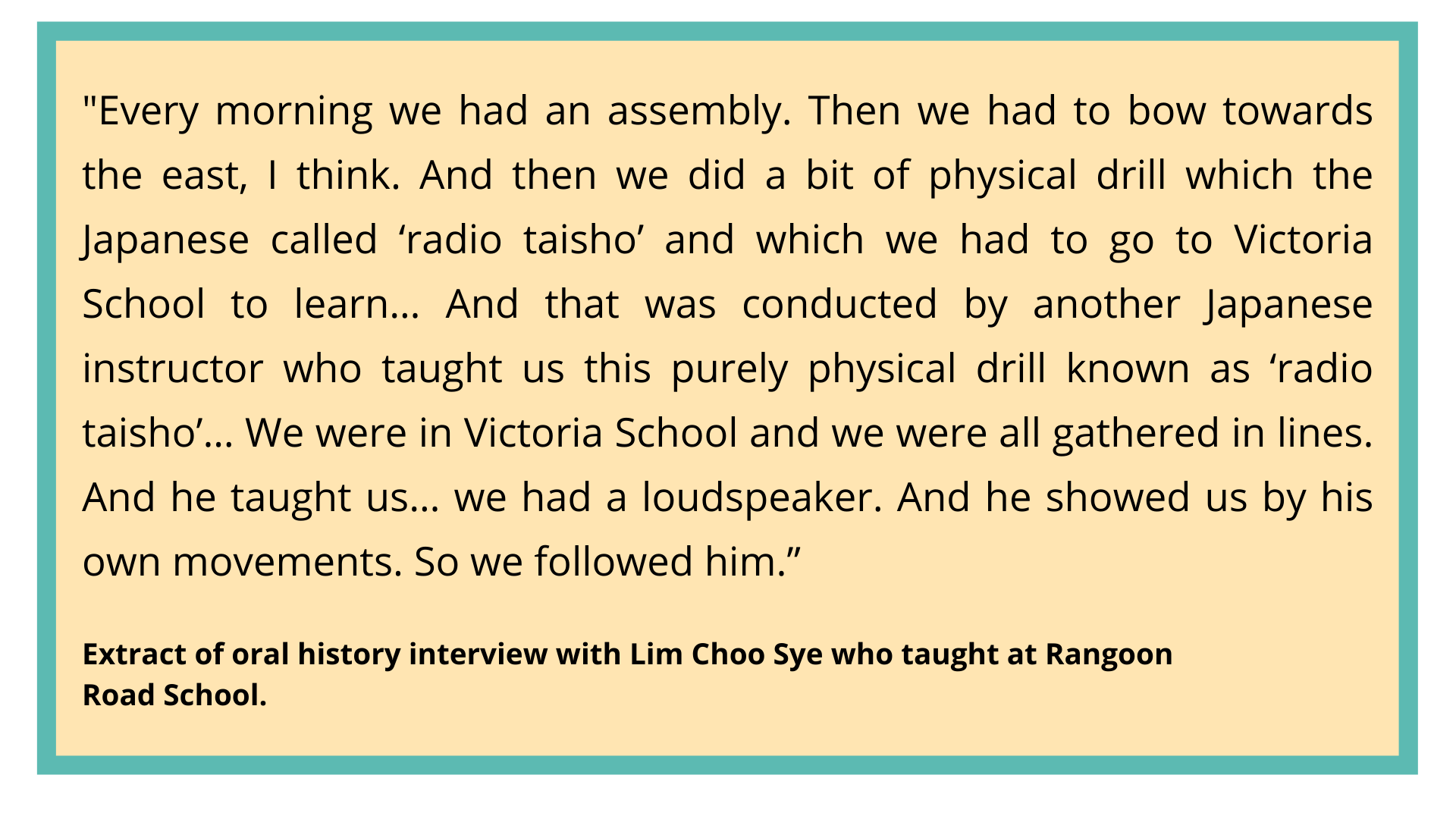 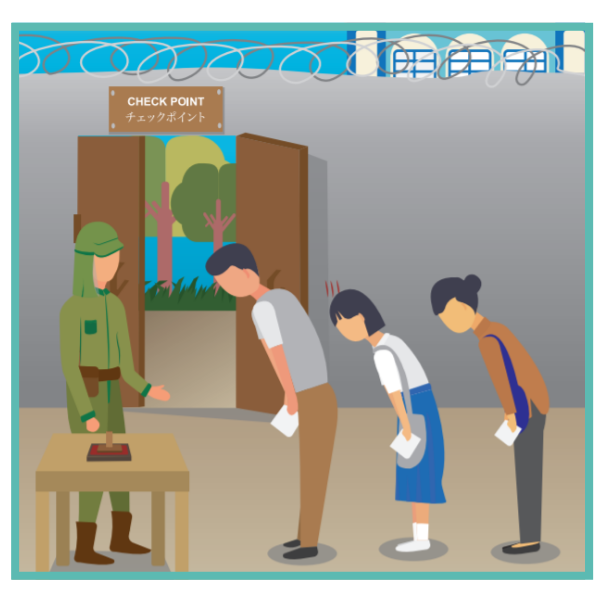 Illustration of people bowing to a guard at Japanese military checkpoint.

Besides these inconveniences, the supply lines to Singapore were disrupted because of the war and many foodstuff and essential items could not reach the island. The Japanese tried to ration the goods that were available for purchase but this was insufficient in meeting demands and soon, a thriving black market emerged. 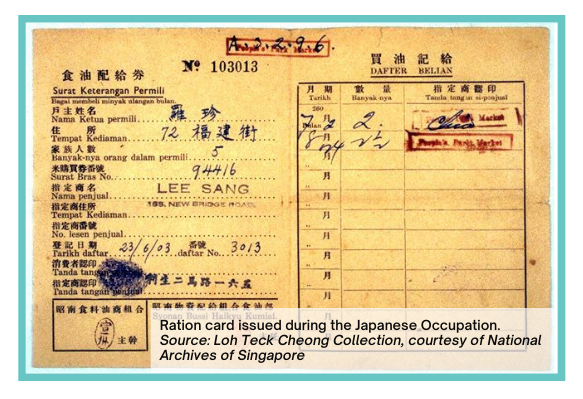 Listen to an excerpt of an oral history interview with a Japanese Occupation survivor.

Click here to find out more about the Former Ford Factory and its opening hours. 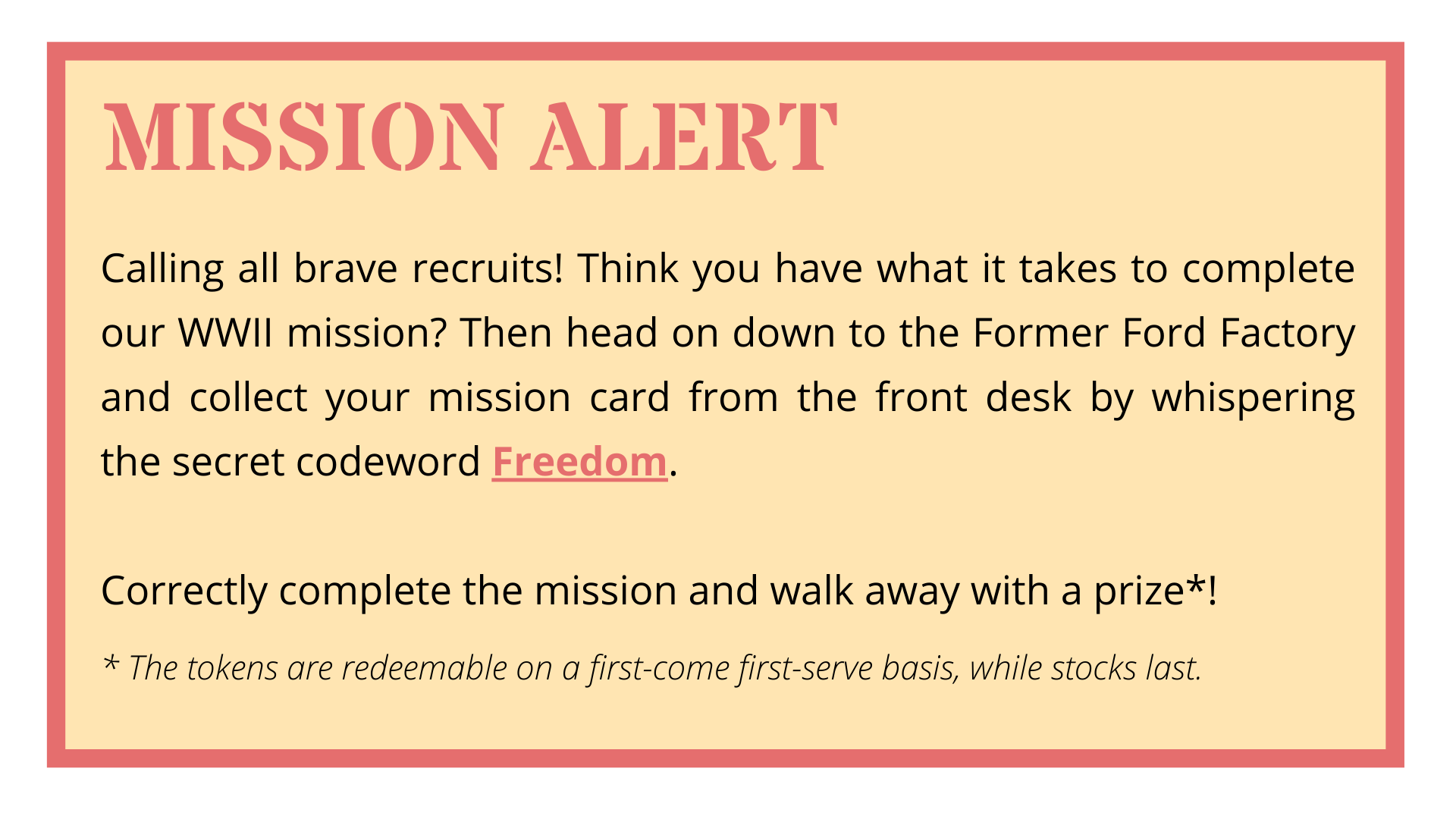 Did you know that you can also find many digital resources on the Japanese Occupation from the National Archives of Singapore and National Library Board websites?

Explore these resources and unearth more information for your own discovery of Singapore’s history!