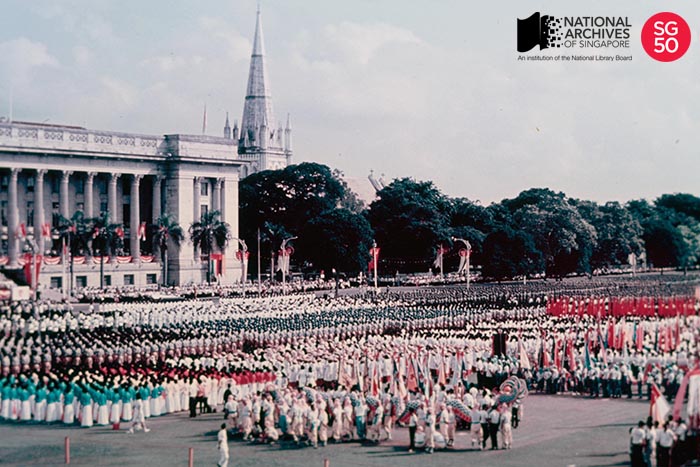 The photograph of the first National Day celebrations (in 1966) is from the Yusof Ishak Collection. Singapore’s first President, Encik Yusof Ishak, was a keen photographer and his wife, Puan Noor Aishah, donated over 9,000 photographs taken or collected by them to the National Archives of Singapore. The photographs provide an invaluable record of their lives as well as a broader recollection of the events that took place during our early years of independence.

The photograph carries the description “National Day Parade 1966 at the Padang – Bird’s eye view of parade” but press release records show that the important day was very close to being called something else. As late as 30 July 1966, a Singapore Government Press Statement “announced for general information that 9 August shall be known as Independence Day” and this was how the press referred to it throughout much of 1966. 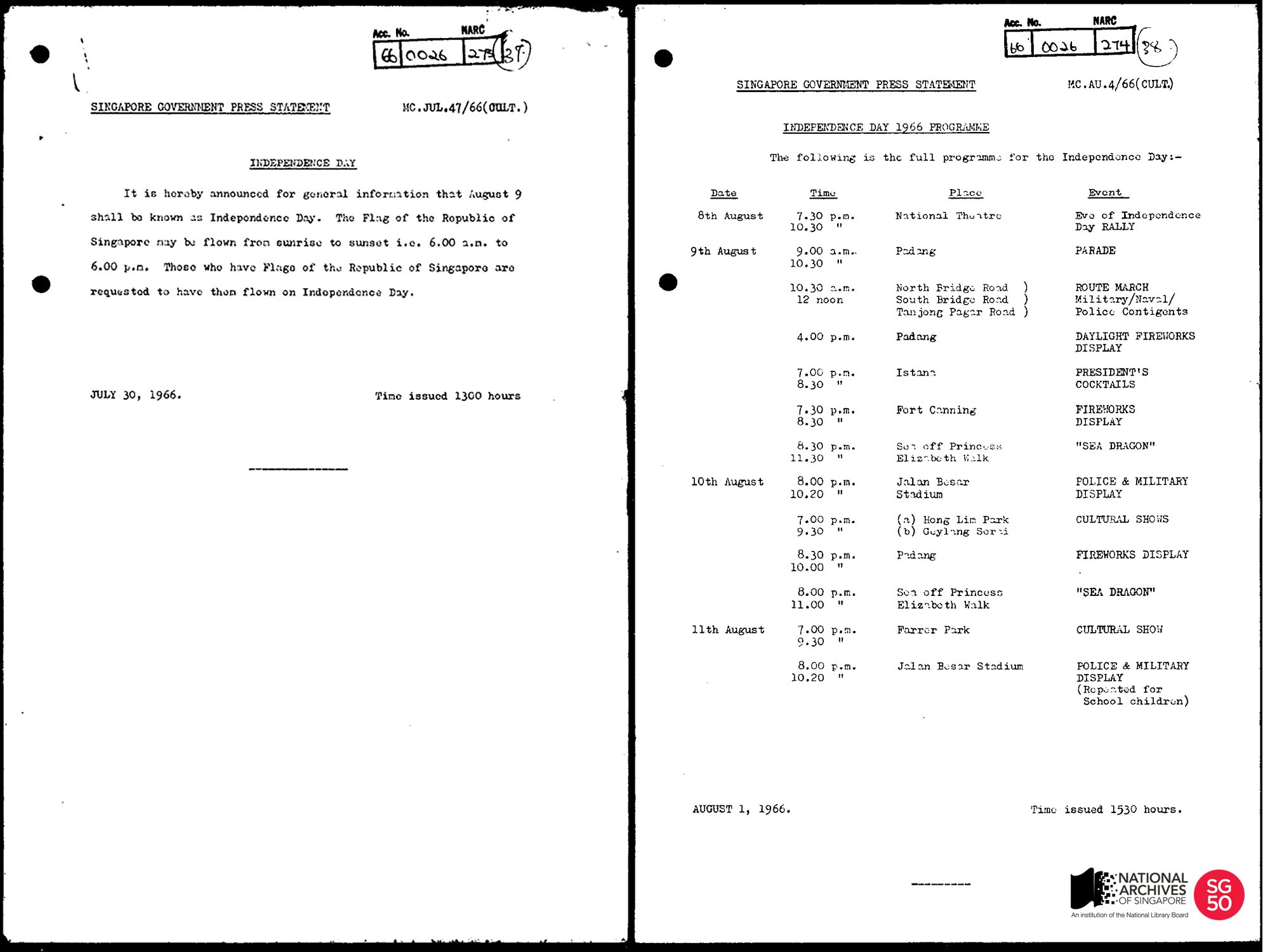 Then with just 5 days to go, a final decision was made to call 9 August what we have known it to be for the last 49 years – National Day. 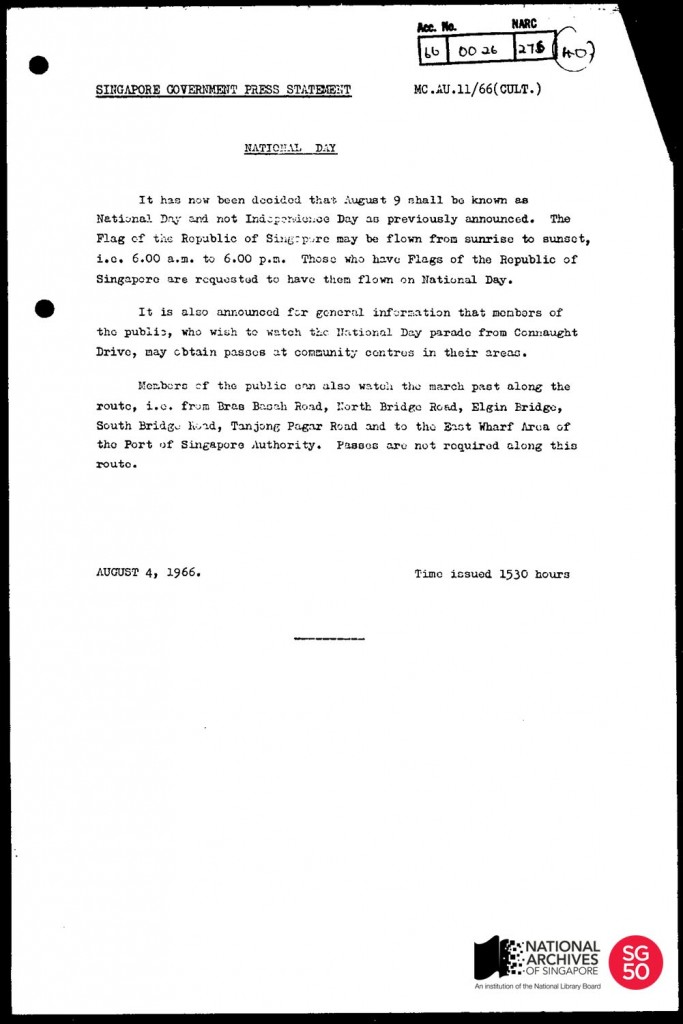 To view more details of the first image and other records, click here.