Opening of the Jurong Drive-In Cinema, 1971

OPENING OF THE JURONG DRIVE-IN CINEMA, 1971 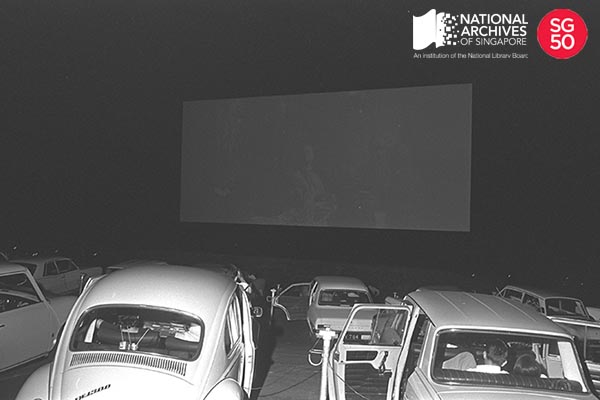 Ministry of Information and The Arts Collection, National Archives of Singapore

The Jurong drive-in cinema was established by Cathay Organisation. It was opened on 14 July 1971 by then Minister of Culture, Mr Jek Yuen Thong. A charity premiere of Doctor in Trouble, a comedy film directed by Ralph Thomas and produced by Betty E. Box, raised approximately $20,000 that night. The proceeds went to the Jurong Town Crèche and Jurong Community Centre.

The $1.5 million cinema was located at Yuan Ching Road on land leased from the Jurong Town Corporation. The largest drive-in cinema in Asia at the time, the 5.6-hectare site could take up to 900 vehicles and 300 walk-in patrons. The cinema was equipped with a 14-metre by 33-metre screen elevated 25 feet off the ground and special car speaker systems with adjustable volumes for each individual car. It also had an air-conditioned cafeteria and a children’s playground.

The drive-in cinema screened two shows nightly at 7pm and 9pm, with a midnight screening on Saturdays. Tickets were sold at $2 for adults and $1 for children under 12 years old. At the peak of its popularity in the 1970s, the drive-in was fully packed every night. However, due to the growth of video piracy, cinema attendance dropped to an average of only 200 a night by the 1980s. The cinema closed on 30 September 1985.