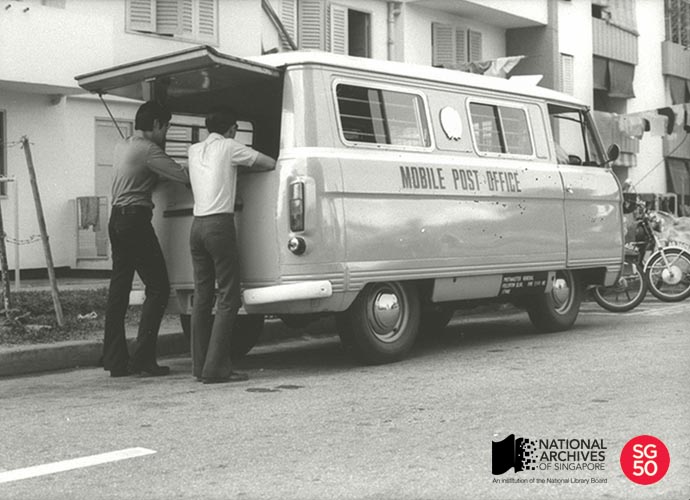 The Mobile Post Office was introduced on 1 November 1952. It started operations with one van and provided on-the-spot postal services to residents living in rural areas where there were no post offices. The Postal Services Department added a second van in 1955.

The vans operated on Mondays to Saturdays, and followed fixed routes and time schedules which were announced in the newspapers. As each visit only lasted about one to two hours, it was common to see customers waiting for the van on the roadside to make sure that they did not miss it. These mobile post offices were equipped with a counter, seats, and letter box; and provided services such as sales of postage and revenue stamps, postal order, money order, license renewals, registration of mail, and acceptance of parcels. In 1958, each van sold on average $100 worth of stamps and other stationery a day. In the 1970s, the vans were also used to provide temporary postal services in areas such as housing estates where post offices were under renovation.

As more postal facilities were set up across the island, the mobile post offices were no longer needed to serve customers in rural areas and were eventually withdrawn from service in 1980.