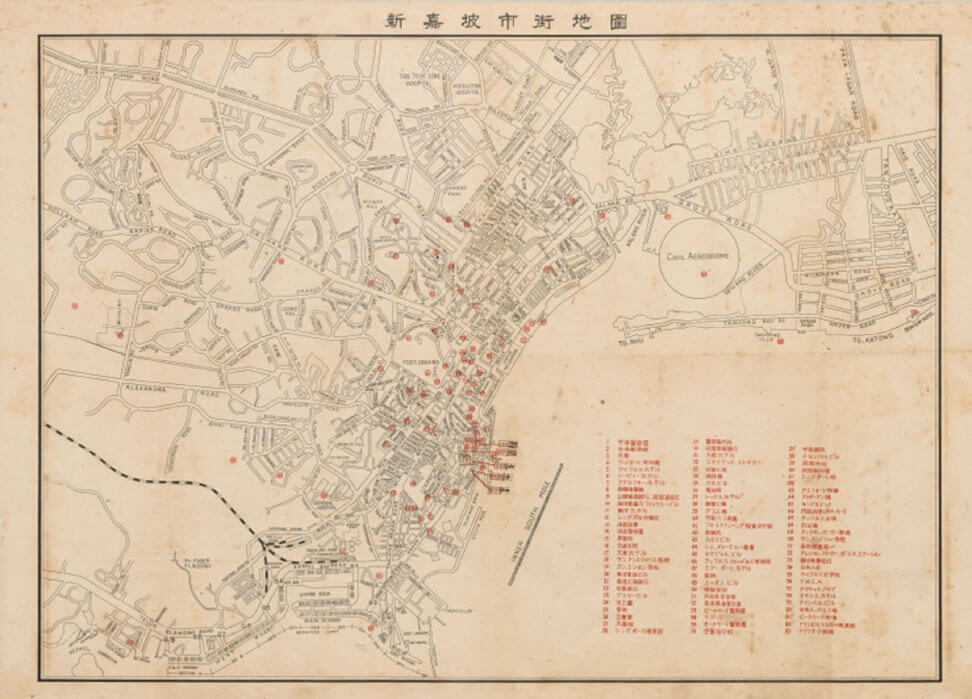 MAP OF SINGAPORE ON 83 KEY LOCATIONS

This map and an accompanying booklet contain annotated photographs on 83 key locations in Singapore town that were photographed and documented by Japanese informants and spies before the war. They were used to identify locations of Japanese interest, to spare them from attacks during the invasion. 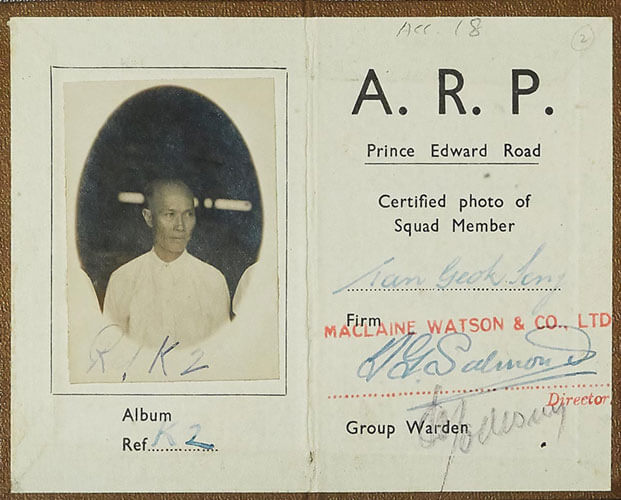 The Air Raid Precautions department was formed in 1938, and by November 1939, had successfully recruited about 3,500 wardens. They were trained to provide information and assistance during air raids and drills and were mobilised when the first bombs landed in Singapore in the wee hours of 8 December 1941.

Donated by Victor Tan, collection of National Archives of Singapore 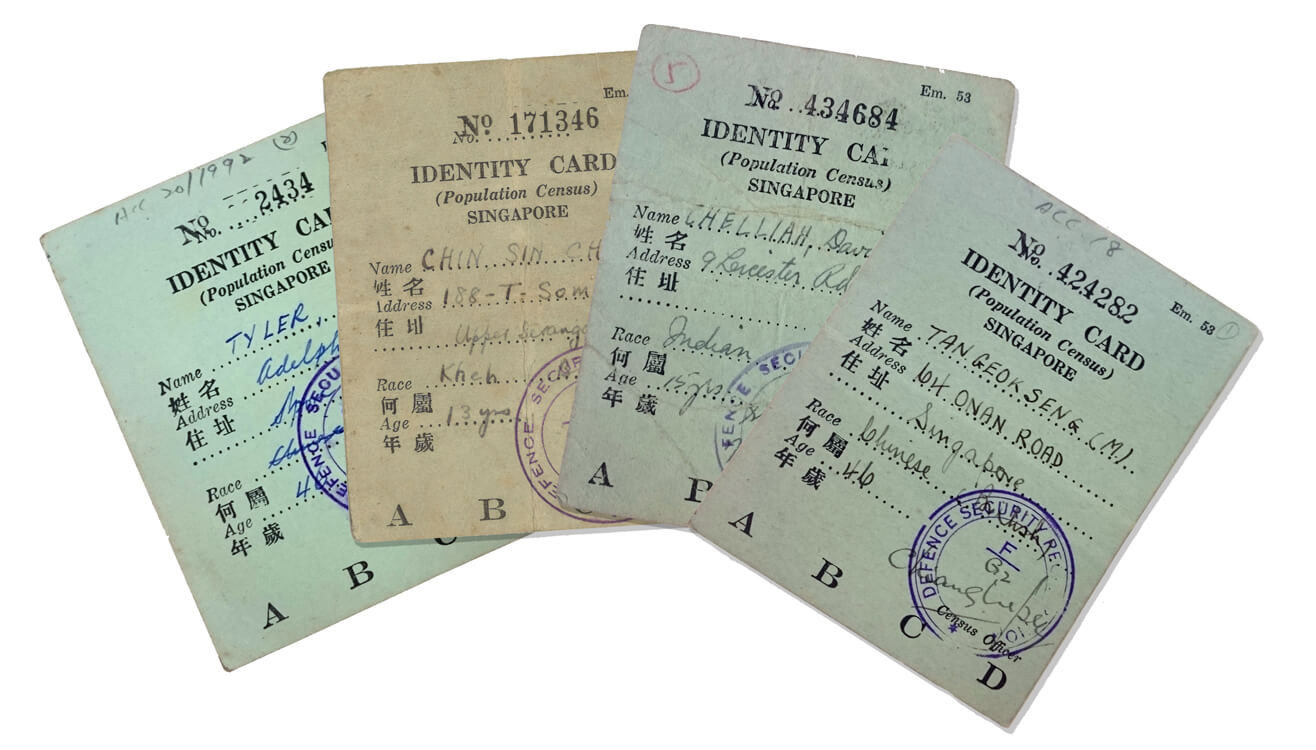 In 1941, it was compulsory for all non-military residents of Singapore to carry identity cards under the Defence (Security Registration) Regulations. This was to ensure that the government was able to screen the population for potential spies. These cards were among the first ominous signs of the looming war. 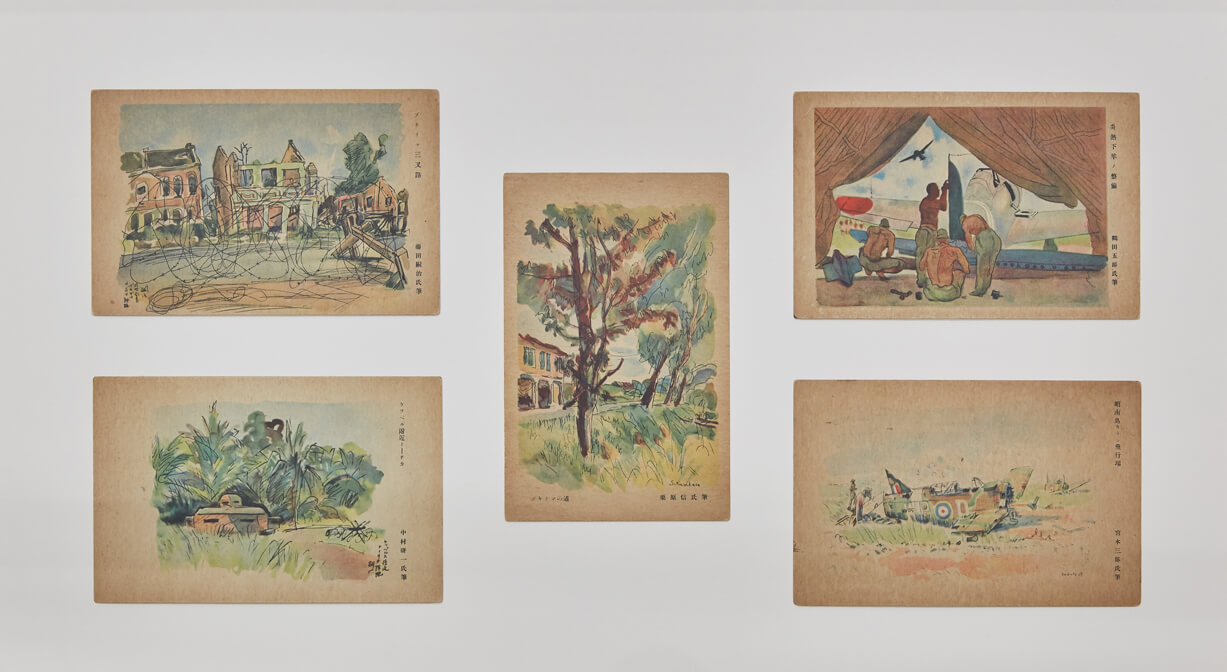 These postcards were donated to the National Archives of Singapore by Taka Sakurai, an officer with the propaganda department of the Japanese Imperial Army who was tasked to produce them based on artistic impressions of scenes in Singapore just after the fighting ceased. They were given to Japanese soldiers to commemorate their victory. 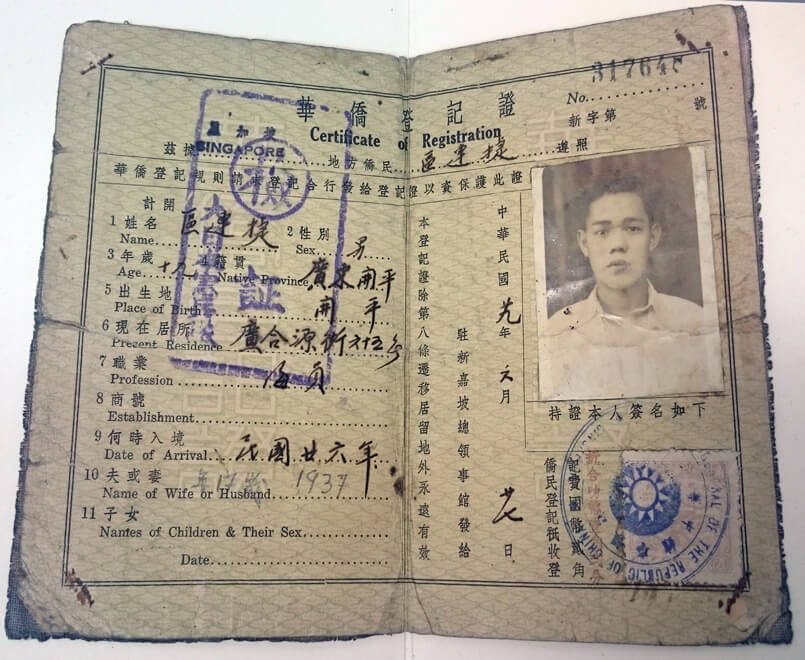 Three days after the British surrender in Singapore, Chinese males were ordered to report to screening centres for a mass screening or sook ching (肃清). Those who received a stamp were allowed to leave. This certificate of registration belonging to Ow Kit bears that stamp. 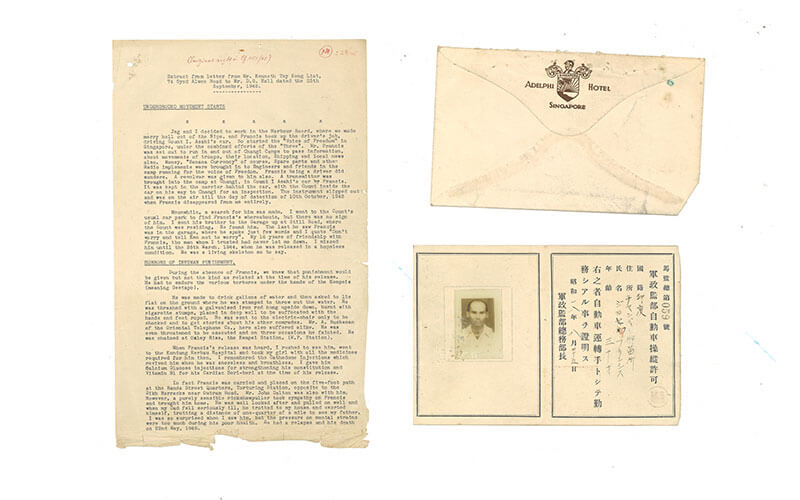 Joseph Francis was detained and tortured by the kempeitai for over six months during the ‘Double Tenth’ incident in 1943. He died in May 1945. These letters written to the British Military Administration by his brother and friend after the Occupation describes Francis’s contributions to the anti-Japanese resistance. 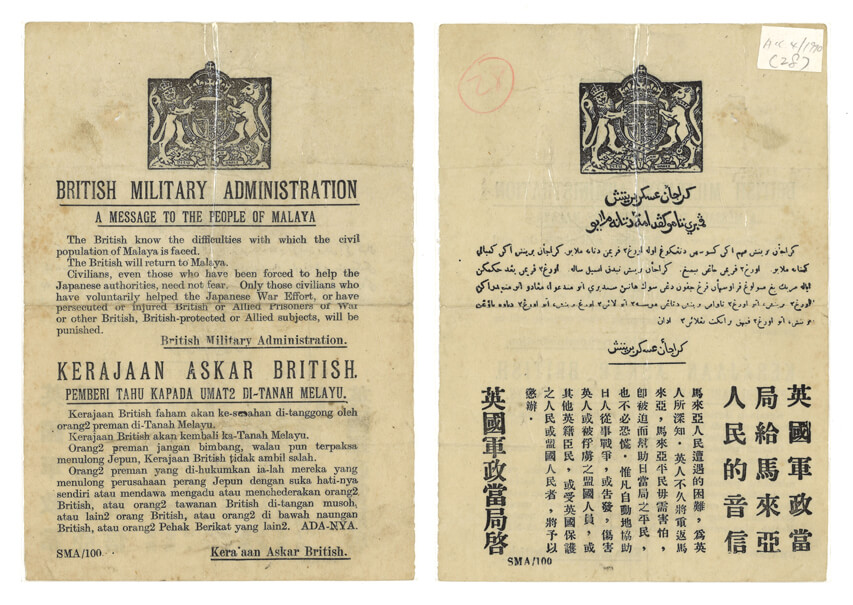 Printed in four languages, the pamphlet was used by the interim British Military Administration (BMA) to assure people that it knew the ‘difficulties with which the civil population of Malaya is faced’. Despite the overwhelming scale of post-war reconstruction, BMA did manage to improve some conditions for the people.

Wong Yew Fook served in the Singapore Chinese Anti-Japanese Volunteer Battalion better known as Dalforce. They were formed in January 1942 and deployed in the Battle of Singapore. He, and other Dalforce members, were decorated with the above medals: the 1939-45 Star, the War Medal and the Pacific Star. 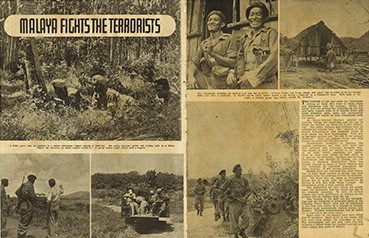 The Malayan Emergency (1948-1960) was a period of guerrilla warfare between the Malayan Communist Party and the British colonial government. While most of the combat took place in Malaya, Emergency regulations also applied to Singapore where communists had infiltrated trade unions and Chinese schools.